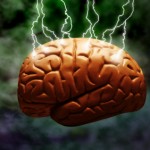 How often have you been in a meeting where someone, often your manager, said, “let’s brainstorm some ideas?” If you are working in a professional position, probably a lot. After the suggestion is made, people start tossing out ideas. But, did you know that research over the last two decades has consistently demonstrated that this is a relatively poor way to generate ideas?

The formal method of “brainstorming” was popularized by ad executive Alex Faickney Osborn in his 1950s book Applied Imagination. Osborn proposed some rules for generating ideas, and he asserted that the method enabled groups to double their creative output. Since then, the term “brainstorming” has come to mean all forms of generating ideas, although Osborn’s rules are often not followed.

Perhaps surprisingly, even when Osborn’s traditional rules are followed, brainstorming has been shown in research to produce inferior results in terms of both quantity and quality of ideas. Two primary reasons for this are as follows:

If brainstorming is bad, what is better? Research has shown that it is better to let each person think up an idea first to themselves and then give their idea independently to the group. This is called nominal group technique. Once each person has given an independent idea, the best idea can be chosen using a variety of methods. Despite its imposing name—which is why I often call it the “roundtable” method—the nominal group technique is highly effective and fun method. Most people find it rewarding to participate in, because even though some people have to limit themselves, everyone gets to participate.

For a quick generation of ideas, like where to go for lunch, just ask everybody to think to themselves for 15 seconds and then have each person state an idea. For a more robust generation of ideas on important topics, you can use the outline below.