Would you like to change the organizations and communities that you live in? My work will help you develop the skills to create more successful companies, be a more influential leader, and influence positive change in society.

Below are useful resources for you to develop your capability to create lasting change.

A large part of my work focuses on how the latest research on organizational change can be applied in a practical way to the reality of organizational life. 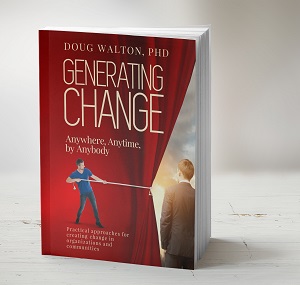 My book Generating Change focuses on practical organizational management methods for anyone who wants to create positive change in an organization. Through extensive research on effective organizational change methods, I found that a lot of the existing research, even very popular titles, is not really practical for real organizational change situations. This is because a lot of it was developed by consultants and academics without actual on-the-ground experience. So this book captures the lessons I learned from two decades of leading change programs. It captures the best guidance I have given to hundreds of program managers, people managers, and senior executives over the years.

There was a lot of material that couldn't fit in Generating Change, so some of it is offered for free below.

Assess If Your Program Is Set-up for Success

Get this FREE booklet on seven questions you can ask to evaluate if your change program is set up for success. It's great as a diagnostic tool for initiative owners to inquire about how their team is doing. 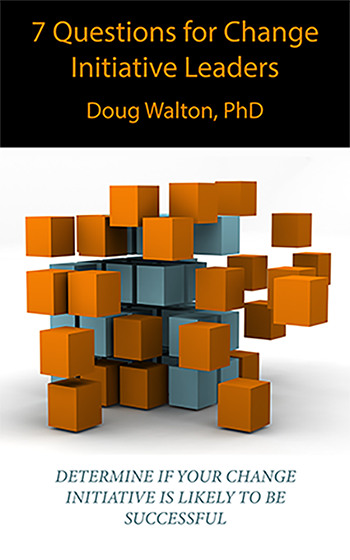 Get Supplemental Material and Live Coaching

Become a member of the Empowerbase Org Change community to get access to additional articles, templates, assessments, and other tools. Also, get coaching on how to use these resources on your project.

The Third Wave of Democracy

My research has also included studies on how to improve the quality of public discourse, such that it will produce public opinion that is more aligned on sustainable and equitable outcomes. My dissertation research, published in the book An Internet-based Framework for Empowering Social Change, explored how technology and social systems design could be used to foster large-scale, technology mediated, design collaboration.

The dramatic changes in communications technology over the last few decades have significantly changed how people communicate. The original hopes for the Internet were very idealistic, but the reality has come out differently.  The Internet and social media are now instead playing into extreme polarization of citizens and enabling malevolent players to purposely disrupt democracy.

I'll be writing more on this in the future, but two of my existing articles on this include the following:

Go to Our Social Change Page

For more than 20 years, I have been integrating the latest scientific research into effective and practical change methods.  These approaches have been honed at some of the most well-known companies in the world like Cisco Systems, Lucent Technologies, Memorex, and The Clorox Company.

Additionally, I am an adjunct professor in change leadership at Presidio Graduate School and Saybrook University where I have taught many graduate students the principles of effective organizational change. I have a Ph.D. in organizational systems and a master’s degree in information technology from Harvard University.