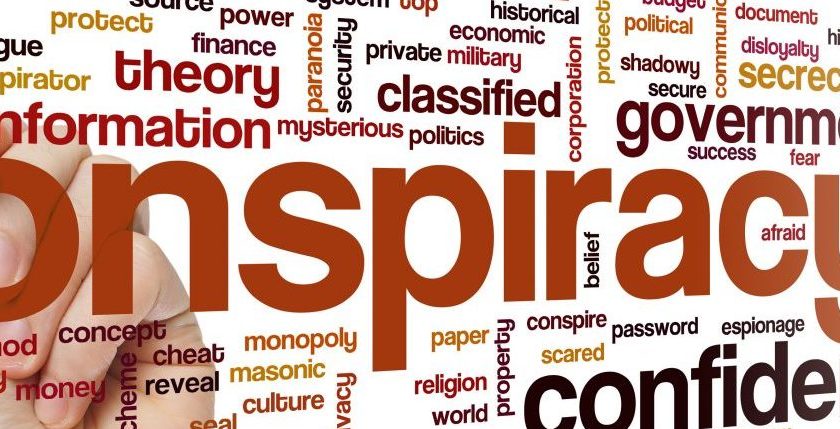 Organizational change depends a lot on perception. I saw the movie “Denial” recently, which is based on the book History on Trial: My Day in Court with a Holocaust Denier. The movie covers the 2001 court battle between American historian Deborah Lipstadt and Holocaust denier David Irving. Mr. Irving sued her for libel regarding how he was portrayed in her prior book, Denying the Holocaust. The movie highlights how humans interpret the world around them differently, which got me thinking about similar dynamics that occur during organizational change. How these dynamics play out affects both employee morale and the success of the initiative.

One is tempted to think of an organization as a single mass where everyone understands communications from leadership in the same way. We like to think that when the CEO speaks, everyone hears the same message. But, this is not the case. While the listeners may hear the same sounds, the meaning each person hears can be quite different. Thus, in an audience of any substantial size, it is likely that multiple, often divergent, interpretations are formed rather than a single, “true” interpretation.

Once the stakeholders communicate with each other, these alternative interpretations are in contention, and often one interpretation eventually dominates. Usually, the more accurate interpretation wins, but at times the myth prevails. For example, during the 2008 housing collapse, facts about the quality of subprime mortgages were ignored by most people while a smaller subgroup did recognize the disparity.

How do such narratives persist despite the facts? We can see some of the dynamics occurring in organizational change through the psychological mechanisms behind denial and conspiracy theories.

One approach to threatening information is simply to deny its existence. In Denial, Mr. Irving has made a name for himself by providing books and speeches shining a positive light on Nazi Germany and Adolph Hitler. Because evidence of the organized, mass extermination of the Jewish people tarnished his viewpoint, Mr. Irving at first denied evidence of Hitler’s involvement. He claimed that there was no evidence of an order from Hitler, so it didn’t happen. He also referenced scientific reports that pointed to supportive conclusions, although those reports had been discredited.

Psychology researchers believe denial arises from a need to reduce anxiety about a situation. In the psychological theory of cognitive dissonance, individuals experience emotional turmoil when confronted with external situations that do not match their internal beliefs and values.  For example, many people respond to poor stock market performance by simply not looking at their 401(k) account. So, when a job or status in the company is threatened and a person feels helpless, that person might be more prone to denial. Using denial can reduce anxiety about their own adequacy to perform the new work.

Many people are familiar with denial as part of the Five Stages of Grief Model. This model was described by Swiss psychiatrist Elisabeth Kübler-Ross in her 1969 book, On Death and Dying.  Based on observations of terminally ill patients, Kübler-Ross postulated that people normally move through the stages of anger, bargaining, depression, and acceptance. While subsequent empirical research has provided some support for the model, other research suggested that human processing of grief is more complex than the model presents.

Regardless of the exact stages or sequence, the model shows how most people move past denial, ultimately. Yet, in cases like Mr. Irving, we are talking about deep-rooted, systematic denial.

A common example of entrenched denial in organizational change is when certain people become attached to being an “expert” on a process or technology. For instance, when a complex, home-grown technology is implemented, fewer and fewer people are experts on it over time. This in turn makes the remaining experts more valuable, and those remaining experts (perhaps subconsciously) deny the need to implement a new platform because it is threatening to their role. They may even pose all kinds of complex issues to changing. They may downplay the benefits of a new system.

When the facts are too hard to deny, some people go further and create farfetched explanations for the facts. In Denial, Mr. Irving has shifted from simply denying the existence of Holocaust to asserting that, while there was evidence, it was the result of a massive, widespread hoax.

While doubtlessly these theories are sometimes true, they are often propagated by people who have little basis in fact and other less sinister explanations are more likely.

Why Conspiracy Theories are Hard to Kill

Conspiracy theories can be hard to debunk.  Besides the Holocaust and the moon landings, people continue to debate who killed John F. Kennedy, whether Elvis is alive, and many others. This may be due to dynamics that create a self-perpetuating loop, or a snowball effect. Some of these dynamics are confirmation bias, social validation, and declining trust in authority.

Confirmation bias. Once concocted, the strength of belief in a conspiracy theory might deepen because people tend to subconsciously cherry pick the facts that support their own beliefs.  In confirmation bias, people deny contradictory facts and seek out supportive facts.  This creates the perception that the seemingly numerous supportive facts are far more overwhelming than the contrary facts.

This effect of confirmation bias is clearly seen in political discourse, where both liberals and conservatives are steadfastly convinced the other side has lost touch with reality. These positions likely arise from the tendency of people to gravitate toward news sources that are consistent with their pre-existing beliefs. Evidence for this effect is clearly shown in recent research from Pew Research. The research shows that dedicated conservatives mainly watch Fox news, while staunch liberals tend toward CNN, MSBNC, NPR, and the New York Times. Moreover, Pew Research also noted, “whether discussing politics online or with friends, they are more likely than others to interact with like-minded individuals.” Said differently, the more people agree with us, the more we are convinced we are right, regardless of the facts.

Social Validation. Another factor that entrenches a conspiracy theory may be that people become accepted by others in the sub-community. That is, agreeing with the conspiracy theory is a membership card to the group.  When a person is respected in the subgroup, their motivation to maintain the conspiracy could increase. Psychologist Roy Baumeister found that people tend to self-regulate their emotions also by seeking a positive self-worth.  In Meanings of Life, Baumeister (p. 44) explains that “People need to make sense of their lives in a way that enables them to feel they have positive value. In practice, this need usually takes the form of finding some way to feel superior to others.”

When I cover Baumeister’s work in presentations, people often react uncomfortably to the suggestion we need to feel superior to others. But, there is substantial evidence for it. In Mr. Irving’s case, it may have been his minor celebrity in the Hoax denier community that further egged him on. Similarly, process or domain experts in a company may resist change because they are viewed as experts in their area and this satisfies the emotional need to feel superior in some way.

Declining Trust. Whether people tend to create negative or positive stories about their company is based on trust in authority. Author and researcher Thomas Swan notes ” There is a direct link between anxiety and conspiratorial thinking,” and “Nearly all conspiracy theorists demonstrate hostility to authority figures.” Moreover, the Wood, Douglas, and Sutton research suggested increased belief in conspiracy theories tends to lead to decreased trust in authority.

These factors taken together can create a snowball effect, where the distrust of management becomes bigger If the conspiracy theorists get their interpretation out faster than management does. Once a wide number of people believe one interpretation, others begin to accept it as true because everyone around them believes it, like what happened in the housing market crash.

What Can Leaders Do?

While the formation of conspiracy theories is unavoidable, there are steps leaders can do to increase the chance of a more positive narrative becoming dominant during organizational change.

As discussed, messaging affects populations in different ways during organizational change. Subgroups can have radically different interpretations of what is happening. This is particularly true when the information is threatening to the listener, such as implying changes to roles, privileges, and the future of work projects. The interpretations people make can involve denial and creation of the corporate version of the conspiracy theory. While this is unavoidable, leaders can shape the conversation toward more accurate interpretations by engaging with people in meaningful dialogue and not just assuming logic or authority will prevail.